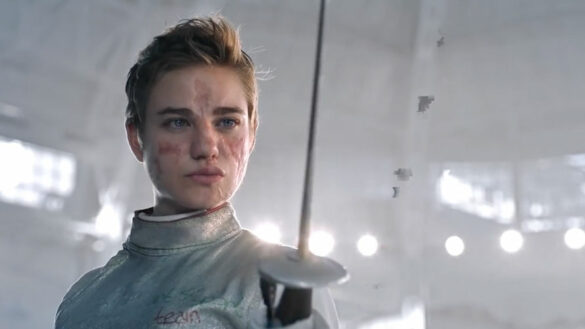 Director Georgia Hudson's visceral filmmaking interrogates themes of identity, self-expression and youth culture on a physical and intuitive level. Her passion for dance, emotion-driven storytelling and the way movement interacts with the camera have been harnessed to create films for Nike, BBC, Under Armour, P!nk and Loyle Carner.

Her subject for her "Stop At Nothing" spot for Nike features Bebe Vio a champion wheelchair fencer, who has had amputation of both her legs fro mthe knee, and both her arms from the forearms and uses special prosthetics to hold her foil, fencing from the shoulder.  Under the coaching of Federica Berton and Alice Esposito she took part in her first wheelchair fencing competition in 2010 and has been unstoppable as a champion ever since which is clearly why director Georgia Hudson chose Bebe as the subject of her spot for Nike titled "Stop At Nothing." Bebe Vio is a living embodiment of the word "unstoppable.