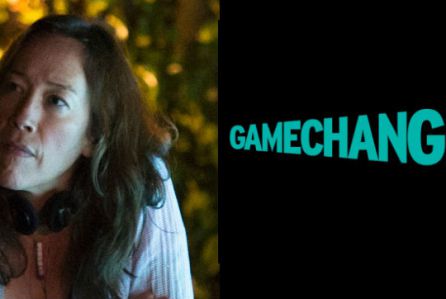 THE STATE OF WOMEN & FILM

Gotham’s Gamechanger Films has already proved it has game. Launched in August 2013, the equity financing fund for female-helmed fiction features came out of the gate with Martha Stephens’ co-directorial debut, “Land Ho!” The Iceland-set road comedy premiered at Sundance in 2014. Picked up by Sony Pictures Classics, it went on to win the Film Independent John Cassavetes Award. And at the recent SXSW, Gamechanger-backed “An Invitation,”  from Karyn Kusama and “Fresno” from Jamie Babbit premiered. Drafthouse Films picked up “Invitation.”

Not bad for the first round of funding from 36 equity partners that underwrote a five-film slate.

According to Gamechanger president Mynette Louie: “Our primary challenge is that when the industry and filmmakers hear ‘film fund for women,’ they assume that we make ‘chick flicks’ — not that there’s anything wrong with those, in spite of what most film critics (80% of whom are men) think. There are a lot of people presuming to know what projects are up Gamechanger’s alley, but we really are genre- and protagonist-agnostic.”

The Harvard-educated, New-York based producer (“Cold Comes the Night”) continues: “Two of the three films we’ve premiered so far have male protagonists. We’re here to support an individual director’s vision, no matter what story she wants to tell. If her film has a female protagonist, that’s great, but it’s just gravy for us. Even for our films with male protagonists, the female characters around him have a lot of depth and dimension.”

It’s this level of creative freedom that Kusama (“Girlfight,” “Jennifer’s Body”) finds liberating. Having worked independently and within the studio system, Kusama — while scouting locations for AMC’s series “Halt and Catch Fire” — tells Variety: “It’s creative autonomy again for me. I haven’t had it for a long time.”

“Land Ho!’s” Stephens chimes in, recognizing how the fund changed her professional game: “It elevated my career. It’s impossible to find financing, especially when you made two micro-budget features. Gamechanger allowed me as a filmmaker — not as a female filmmaker — to do what I wanted to do, to make the movie I wanted to make. They are unique in that they want their filmmakers to do what they want to do.”

Wendy Ettinger, who co-founded both organizations, says: “Gamechanger resulted from working with women filmmakers at Chicken & Egg for a decade and listening. Many had tried to get into features, but found it was not a welcoming environment. The industry had created too many barriers and very few opportunities for women. Our filmmakers kept asking when we were going to start a fund for narratives.”

It was an “aha!” moment for Gamechanger founders Dan Cogan, Geralyn Dreyfous, Julie Parker Benello and Ettinger, who say: “We all recognized a great business opportunity when we saw one and so did our 30-plus investors. There are great women filmmakers who make terrific, commercially viable films, and the moviegoing audience is predominately female. So all anyone needs to do is the math to know change is in the air.”

With film audiences flocking to diverse content on other platforms, it would seem a no-brainer to replicate this funding model, which is, right now, unique in the industry.

According to Louie, “The bottom line is that Gamechanger wants to finance great films directed by talented women that have the potential to recoup. The only other criterion — at least for our first round of films — is that the film’s budget is under $5 million. And the hope is that our first round of films will do well so that we can make bigger films in the future.”