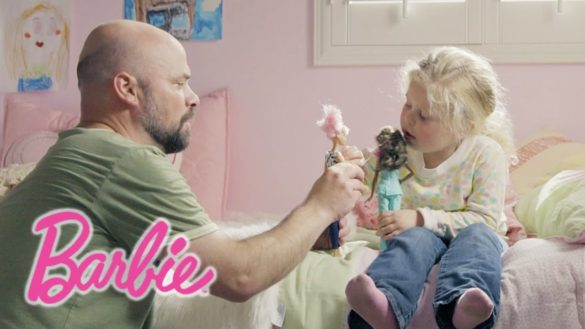 A group of dads describe the significant benefits of spending quality time playing Barbie with their daughters.

Karen Cunningham’s first commercial which she wrote and directed won a Silver at the British Arrows. She has also won three best new director awards including the YDA Shots Award. Her work for save the children won a Silver at Creative  Circle and was featured in The APA  Collection. Karen’s Barbie commercial "Imagine The Possibilities" has won awards including a Silver Lion at Cannes, AICP, ADC Silver, YouTube Ad of the Year, People’s Choice Webby Award and nominated for Best Director at The British Arrows Craft Awards .