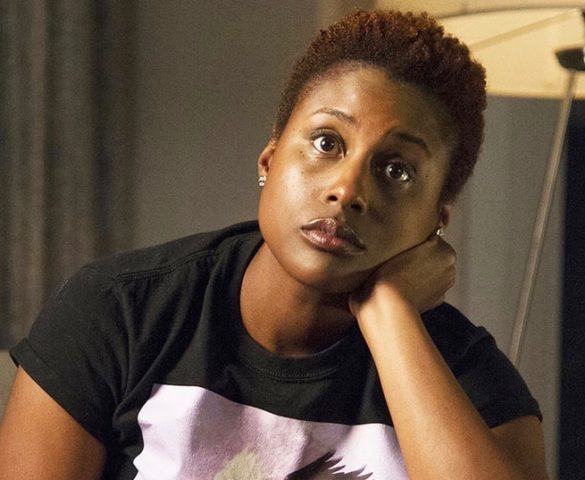 Still awkward. Still semi-single. Still expressing the depths of her neurotic soul by doing freestyle raps into the bathroom mirror. Issa Rae's Insecure was one of 2016's most impressive rookie comedies and the HBO show's new season is even sharper – you can tell right that her confidence is pumped up, and she's taking even bigger emotional and comic risks.

Rae began chronicling her adventures on her web series The MisAdventures of Awkward Black Girl, but she's barrelling through adulthood here, as she fumbles through the aftermath of her crashed five-year relationship with her former couch-potato boyfriend Lawrence (Jay Ellis). She doesn't know which feels weirder – slipping back into bed with her ex or trying out strangers. But Insecure's sophomore go-round is even more fun than the first, because Issa is venturing so far out of her comfort zone – or rather, her "comfort" zone. Now she's psyching herself up at parties with a rendition of the Living Single theme. In her self-proclaimed "ho phase," she's kickier than she was trying to hold it together with Lawrence. Issa asks her BFF Molly, "Can you teach me how to ho?" Molly replies, "Bitch, that's rude. And yes."

Rae's premium-cable awkward misadventures have turned into one of the best sitcoms around even if it isn't conceptually or formally adventurous – watching the show means essentially hanging out with a friend you like spending time with, even when you're feeling glad you're not the one going through her dating disasters. She's trying to rebuild her life in L.A., working at an educational non-profit called We Got Y'All. What makes Issa so special is her is rare combination of relatable warmth and lethal salt. She's always fighting off her innate niceness. When she learns her ex has a new girl, she raps, "So I'm supposed to move on? Go high, Michelle Obama? Well, call me Lifetime, bitch, because I'm bringing the drama."

But when she ends up back in his bed, her friend Molly wants to know: "Was it a 'we back together' fuck or a 'fuck you' fuck?" Issa just shrugs. "It was a nebulous fuck." When she hits the club with her girls, they argue about which one of their self-styled Destiny's Child gang is the Michelle Williams. (Which, to be clear, is a compliment.)

Yet it's always Issa's show – it thrives on her confusion about whether she's into her new life or whether it's just a temporary phase she's going through. All the other characters onscreen light up in her presence and wilt when she's not around. The writer-creator-star's character and her crew have plenty of dirt to dish about their careers and their families and their thirty-something anxieties, along with their general hope that happiness is out there waiting somewhere. Insecure is an old-school sitcom at heart, not a million miles from Living Single or for that matter Laverne and Shirley. But Issa Rae is such a wildly engaging performer and heroine, she can take this story anywhere she wants.