MJ Delaney’s film depicts girls around the world racing to achieve milestones such as becoming the first female to run the United Nations or the first woman on the moon. The film highlights Western Union’s promotion of international money transfers to support girls’ education and launched the WU Scholars Program, a global scholarship for students in science, technology, engineering, mathematics, business and entrepreneurship.

The global campaign ran across digital, social media and video on demand platforms. Holly Fallows and Charlotte Watmough wrote the script and MJ Delaney was the director. 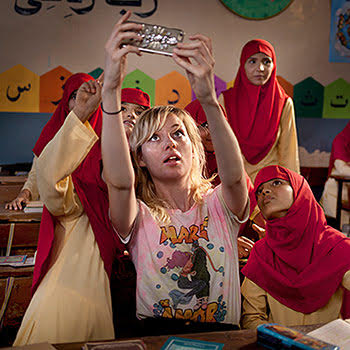 MJ Delaney graduated with a Double First from Oxford, so she must be smart. She knew early on that she wanted into the film and video world, and soon after graduation she put herself on the media map with NEWPORT STATE OF MIND, which became a YouTube viral sensation.

Her Spice Girls “What I Really Want” Wannabe video for Project Everyone, promoting gender equality, garnered well over 100 million views in just over a week.

THE RACE IS ON - Credits: