The below charts are taken from the 2018 USC Annenberg Inclusion Initiative. 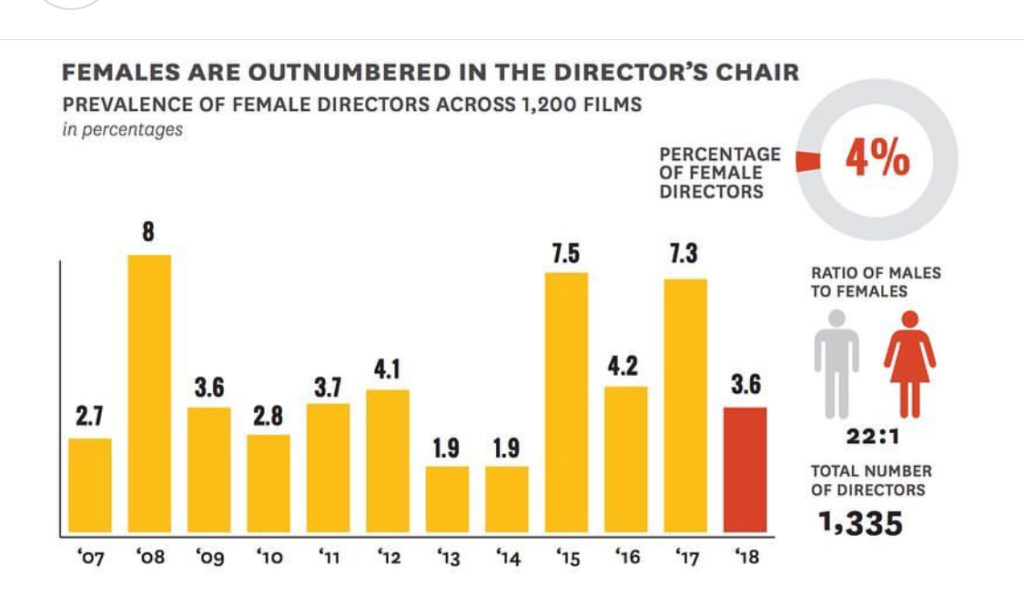 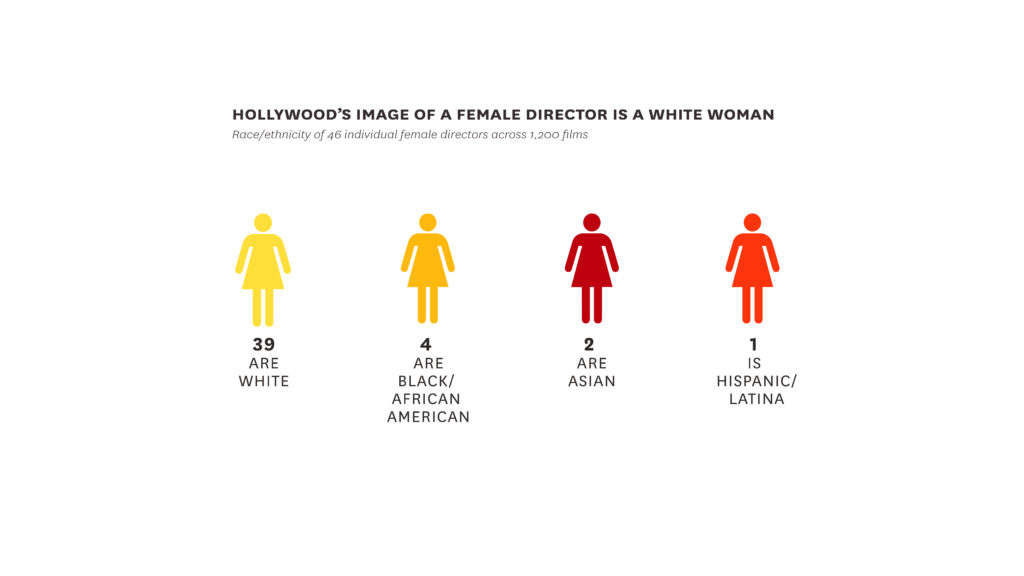 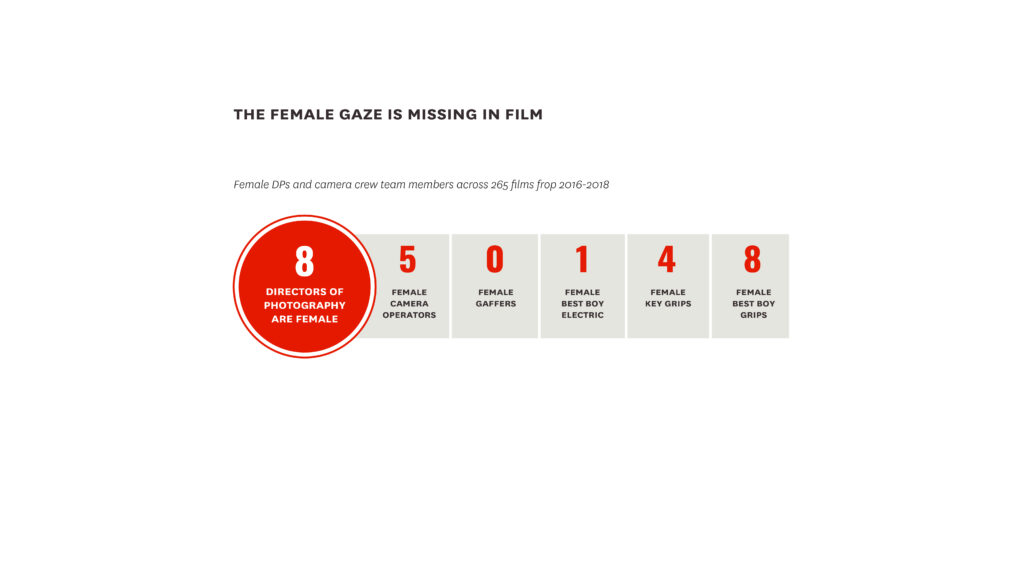 In 2018, 96% of all film directors were male with 4% female.  This translates to 22 male directors hired to every 1 female director.

For the past 12 years there has been no meaningful change.

In 91 years of Academy Awards only one woman has won the best director award - Kathryn Bigelow for "Hurtlocker."

In 71+ years of the Cannes Film Festival only one woman has won the best director prize - Jane Campion for "The Piano."