The below interview with actress Naomie Harris was filmed by 17-20 year old girls as part of THE VOICE OF A GIRL TALKS program.  The girls developed their questioning and each had an opportunity to sit with Naomie and conduct their interview to camera.  Each aspect of filming was done by a girl aged 17 - 20 years old.  Filming was done by: Mae Yip, Pheobe Antiri, Vivien DaSilva, Flynn Roddam, Sam Hornsby.

"It was truly empowering to be a part of 'The Voice of a Woman' as a young female and it was an incredible opportunity to collaborate with other like-minded girls.

It was inspiring to hear Naomie Harris tell her story and the obstacles she overcame. Listening to her talk about there being no liberation in being shy made me re-evaluate the importance of my own 'voice' and think about other young women who are struggling to overcome personal fears. I appreciated her honesty that to be successful is not just a reflection of hard work, but above all a belief in ones self.

As an aspiring filmmaker, it was enriching to be able to see the level of work that was put in to production and the experience allowed me to train and practice using the equipment. Being in a production environment and engaging with an extraordinary actress was really encouraging. I believe VOW will inspire others and help young women to find their own 'voice' and way through personal challenges." - Vivien da Silva, aged 19. 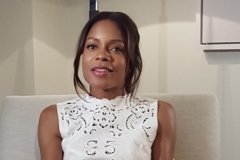 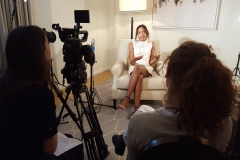 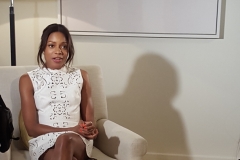 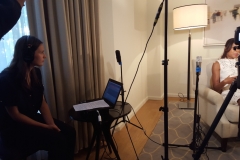 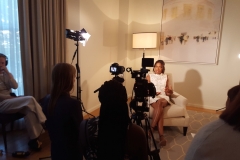 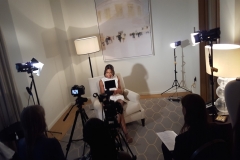 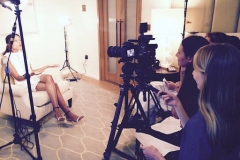 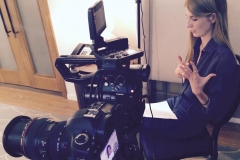 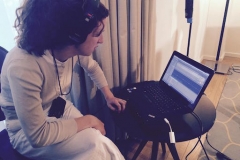 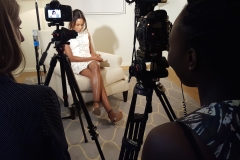 Naomie Harris is a British actress best known for her roles in 28 Days Later, After the Sunset, the Pirates of the Caribbean, Skyfall (2012) and Spectre (2016). Born in London Naomie broke into a career as a film actress when she landed a part in 28 Days Later in 2002. She later performed alongside Pierce Brosnan, Woody Harrelson and Salma Hayek in 2004's After the Sunset. She went on to co-star with Johnny Depp in the blockbuster Pirates of the Caribbean: Dead Man's Chest (2006), reuniting with Depp the following year for 2007's Pirates of the Caribbean: At World's End. More recently, Harris starred as Daniel Craig's love interest in Skyfall (2012), a film of the James Bond franchise directed by Sam Mendes. Additionally, she has appeared on television in various roles.